Now reading: MEET THE ITALIAN MAKERS OF LUXURY
Share
PrevNext
Crafted Society, an Amsterdam-based start-up, wants to give artisans their moment in the limelight. 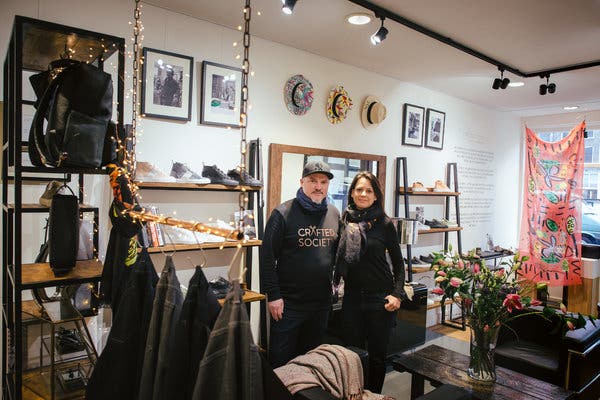 AMSTERDAM — The Milan collections have drawn to an end. Alessandro Michele of Gucci, bearded and bejeweled, has taken his runway bow. So has Miuccia Prada and Donatella Versace and Daniel Lee, the new name at Bottega Veneta.
We are long used to applauding designers at the end of a season. But behind them is a plethora of generally unheralded artisans who also power the “Made in Italy” brand, creating everything from knits to sneakers. Now, one nascent company is aiming to place that talent firmly in the spotlight.
Martin Johnston and Lise Bonnet, a husband and wife team based in the Netherlands with decades of industry experience, decided in 2015 to fulfill a lifelong dream of setting up their own luxury brand. Traveling to Italy the following year to seek the best suppliers of products like silks and leather goods, they encountered difficulties in identifying the small independent businesses they would need.
That, however, gave them a new idea.
“We decided we wanted to celebrate the unknown,” Mr. Johnston said, “those who are rarely identified but are also behind some of the most beautiful creations made for the luxury market.” He noted that many artisans sign strict confidentiality agreements that keep them out of the public eye. 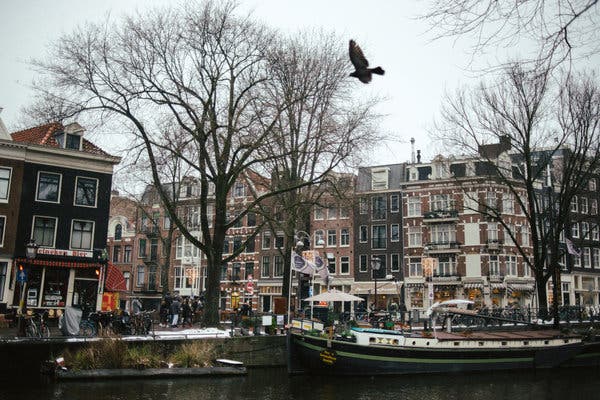 “We realized we wanted take these skilled artisans out from the shadows and into the limelight,” Ms. Bonnet added. “Create ways in which consumers could truly appreciate things made by hand and preserve a crafted society in the digital age.”
They called the venture Crafted Society. Selling online and from its Amsterdam showroom, Crafted Society offers products such as hand-finished cashmere and silk-blend scarves, two-tone calfskin leather and canvas backpacks and bright white sneakers, while giving everyone who has touched a product their due.
All of the sales tags carry the label’s logo and the names of the Italian businesses that made the products, highlighting the craftspeople involved. Available online are supplier details like contact and address information alongside photographs and biographies of the artisans who worked on the piece. Since its introduction, the business has done more than 120,000 euros ($136,210) in sales and Mr. Johnston and Ms. Bonnet say they aim to donate 1 percent of their annual total sales to charities that promote access to craftsmanship education. 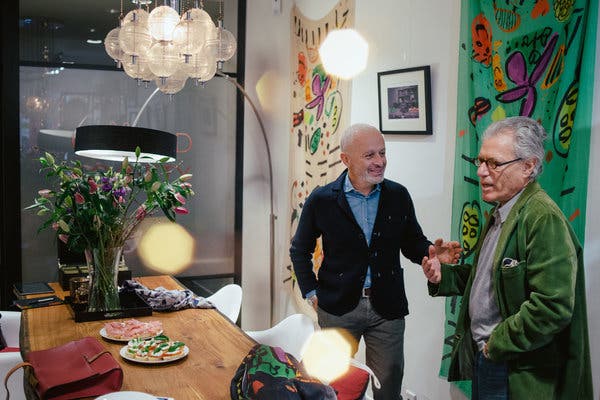 “Martin and Lise feel a bit like Robin Hood,” said Marco Cini, owner of the artisanal textile company Lanificio Arca in Prato, Italy. The company, he said, has produced goods for “many of the best known and most important French and Italian luxury brands for decades” (legally, however, he cannot say which ones) and now also works with Crafted Society.
As a direct-to-consumer brand, Crafted Society’s retail prices do not include the traditional distributor or wholesale markups, nor the usual markup associated with a premium brand name, which usually is 7 to 10 times the manufacturer’s cost price. (Crafted Society said its markup is three times the cost price.) Prices range from about €125 euros for Panama hats to €900 for a weekend bag — not cheap but considerably less than the prices seen on many goods sold on Bond Street, Madison Avenue or the Champs-Élysées.
So what did the artisans and factory owners make of the Crafted Society goal?
“Initially they thought we were completely insane,” Mr. Johnston said. “Eventually we won them around.” 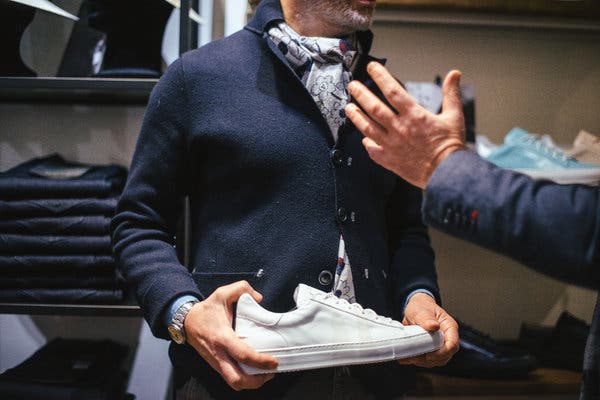 Key to the pitch was the fact that, although similar direct-to-consumer companies have recently emerged (The Los Angeles-based start-up Italic, a membership-only marketplace, lets users buy unbranded goods from the factories that produce for Prada, Christian Louboutin and Givenchy) the Crafted Society is the only one positioning itself as a channel to heighten the reputations of the artisans themselves.

"Crafted Society is the only one positioning itself as a channel to heighten the reputations of the artisans themselves."

“Recent years have been difficult for a lot of Italian suppliers and the ‘Made in Italy’ label,” Mr. Cini of Lanificio Arca said. “Lots of the famous brand names we produce for have left our shores to produce in everywhere from Bulgaria to China, thinking that they can save money because they still sell goods at the same ‘Made in Italy’ price. I realized Crafted Society was an opportunity for us to promote ourselves and what we do on a global scale. We want people to see that there is creativity and great talent inside fashion manufacturers as well as designers.”
Edoardo Mattioli, chief executive of Ales Pelletterie, agreed. His company is a leading leather goods workshop based in Tolentino which recently introduced a line of leather and canvas toiletries bags, backpacks and weekend holdalls with Crafted Society, each bearing the name of the technician who created the accessory. Originally he had committed to making just five items for Crafted Society but, as of 2018, that number has grown to more than 250.
The partnerships that Crafted Society has been building, he said, could also tackle a broader crisis weighing on the future of Italian luxury manufacturing: the struggle to find the next generation of artisans.
“Most artisans in factories and workshops now are in their 60s and 70s, and younger people are not so interested in this line of work,” Mr. Mattioli said. “We cannot recruit them by saying the big luxury names we work for because of our contracts. But if we can take pride in what we do and in our community, and can present our craft independently, perhaps we can convince them of the importance of what we do.”
Elizabeth Paton is a reporter for the Styles section, covering the fashion and luxury sectors in Europe. Before joining The Times in 2015, she was a reporter at the Financial Times both in London and New York. @LizziePaton